By: Handini
The Ringling Brothers began their circus in 1883 in Baraboo, Wisconsin. In 1933, the Baraboo Wisconsin Chamber of Commerce issued currency commemorating their 50th anniversary and featured and issued 6 different denominations. The 5, 10, 15, 25, and 50 cent notes each have a portrait of one of the Ringling brothers whereas the $1 note shows all 5 of them.

The Baraboo News-Republic on June 28, 1933 had the following to say on the issuance of these notes. The idea and design of the scrip originated with E. B. Trimpey of the Trimpey studio of this city. It is printed on paper the quality of currency, and a trifle larger than the old "shin plasters" of the Civil War period. (Source: WisconsinHistory.org) 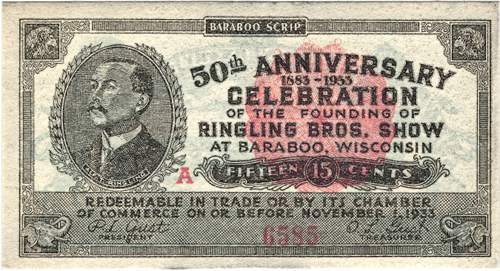 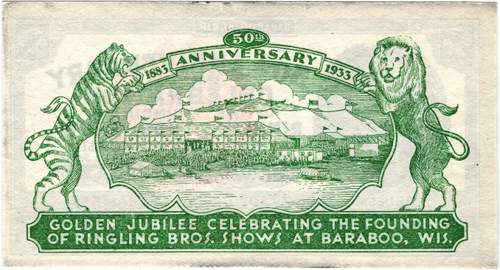